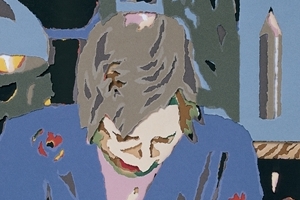 This feature documentary film is an intimate portrait of Dutch artist Willem van Malsen -an irresistible, gregarious individual and wildly versatile talent- through the eyes of some of his best friends, family members and colleagues.

The words ‘devilish artist’ are a literal translation of the word ‘duivelskunstenaar’ but in Dutch it has several meanings: someone who is a master in his trait, a sorcerer. In relation to Willem it has an extra dimension because of the ‘dark side’ he struggled with most of his life. It was this demon inside him, his substance abuse, that ultimately killed him at the age of 65. A short excerpt can be seen here.

This film was selected for the Nederlands Film Festival and was broadcast by the AVRO (public broadcasting) in 2008. The entire film can be seen here: Willem: een duivelskunstenaar