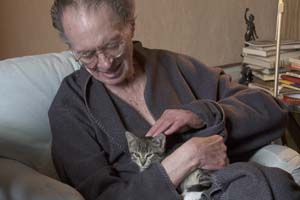 Imagine Video and Oogland Producties co-produce the documentary on poet and author Remco Campert. The film is an initiative of producer/director John Albert Jansen from Oogland Producties who is responsible for a number of acclaimed documentaries on writers and artists in the Netherlands and Belgium.

Jansen approached Jeroen Wolf from Imagine Video to shoot many of the intimate scenes around the house.

The film is slated for broadcast on National Public Broadcasting by the VPRO in late 2016.